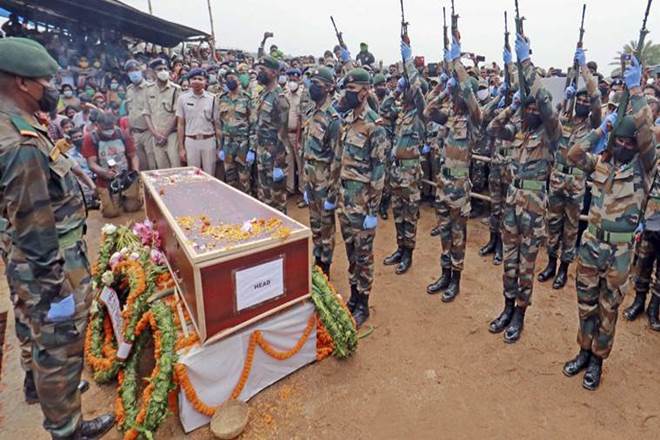 Sanjay Ghodawat Foundation (SGF), the CSR arm of our conglomerate – Sanjay Ghodawat Group, pledges financial support to the families of Indian soldiers who sacrificed their lives while protecting the Indian borders at the LAC (Line of Actual Control). It has pledged to donate INR 20 lakhs, one lakh rupees each to every martyr’s family.

More than 20 Indian soldiers, according to the Indian Army, have been killed while protecting India’s territorial integrity in the Galwan Valley region of India that falls under Ladakh territory. The standoff that took place between the two sides in the Galwan Valley is one of the worsts in the last 45 years.

It is believed that while patrolling, Indian soldiers were ghastly attacked by the Chinese side by violating the peace agreement signed between the two countries. Since the breaking of this news Indians across the nation and overseas are expressing their anger and grief on this unwarranted and inhumane Chinese aggression at the point which is a known Indian territory.

“My deepest condolences to all the families who lost their sons, brothers and fathers – ‘They are True Sons of This Soil’. They displayed courage and strength of an ultimate kind while protecting our borders without any fear,” says Mr. Sanjay Ghodawat, President – Sanjay Ghodawat Foundation. “We are deeply aghast with this incident but at the same time feel proud of them who made this supreme sacrifice to protect the interests of our nation at the LAC. Our Group stands by all the martyrs’ families and the entire country in these difficult times.”

As a noble gesture of solidarity & togetherness during this tragedy, employees of our group also contributed to financially support the bereaved families.

This is not the first time when SGF has come forward to help our nation or the society as large but every time whenever there is a need this group stands by the needy people. At the time of Pulwama attack as well, SGF had donated INR 51 lakh. It works extensively in the fields of Women Empowerment, Education for All, Sanitization & Cleanliness, Disaster Management, Environment, Rain Water Harvesting, Health and more.