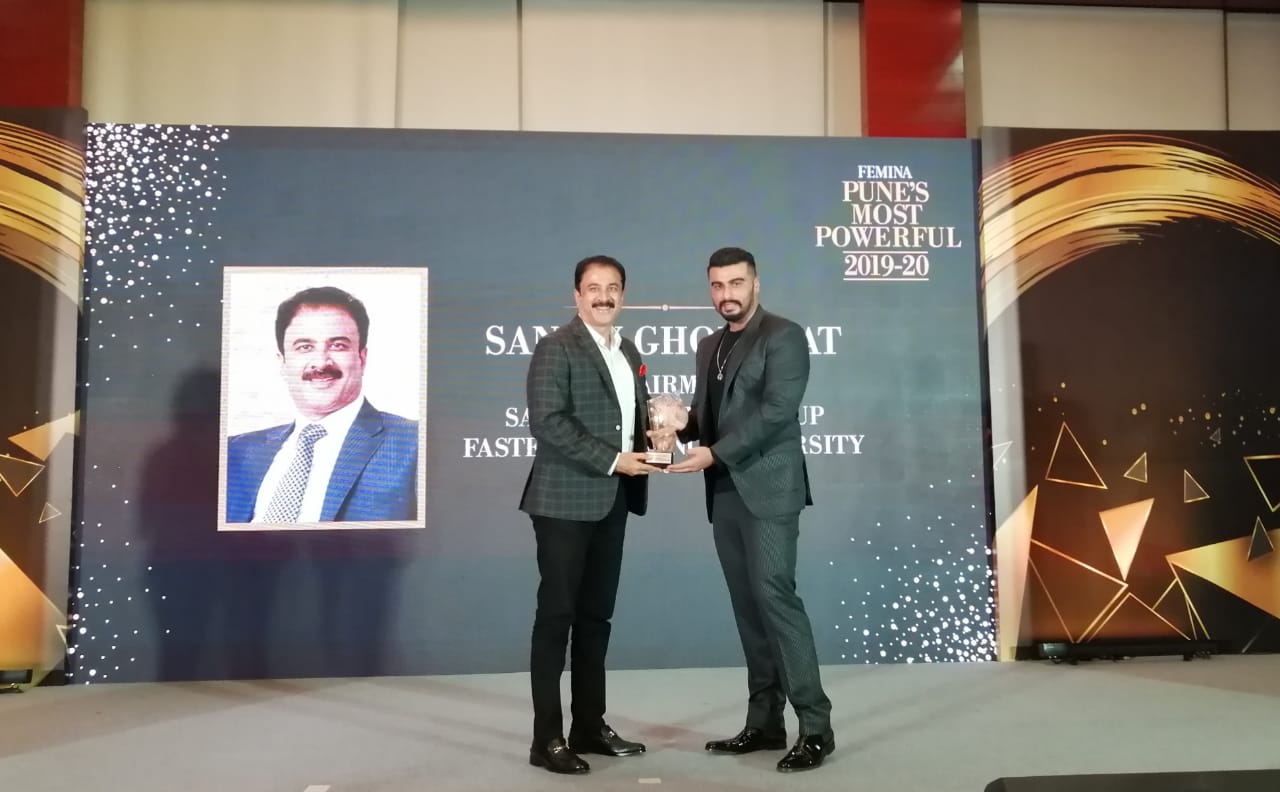 Femina, a wholly-owned subsidiary of the Times Group recently honoured the exceptional work of people from across the spectrum of human lives. In one event named as “Femina Pune’s Most Powerful 2019-2020,” Mr. Sanjay Ghodawat, Chairman – Sanjay Ghodawat Group was presented with one rare distinction for his outstanding entrepreneurial success. He was conferred with Femina Pune’s Most Powerful 2019-20 distinction. In a dazzling event held at Hyatt Regency, Pune, many dignitaries from all walks of life attended this function where the presence of top Bollywood celebrities added the glamour quotient further. Arjun Kapoor, Neha Dhupia, Priya Dutt amongst many other Bollywood celebrities graced this event with their charm. Chief Guests of the event unveiled the cover of Femina Pune’s Most Powerful 2019-20 issue.

The dignitaries featured in the coffee table book were felicitated in this award ceremony. Dr. Ravindra Shisve, Joint Commissioner of Police, Pune City Police also graced the event. Sanjay Ghodawat expresses his gratitude towards the organizers and the juries for awarding him with this top honour. “It is really a delight to receive
this recognition,” asserts Mr. Sanjay Ghodawat after receiving this award by the hands of Bollywood star Arjun
Kapoor.

” Mr. Sanjay Ghodawat, whose diligence, business acumen and passion made SGG as one of the most trusted brands in India, truly deserves to get honoured with this rare recognition ”