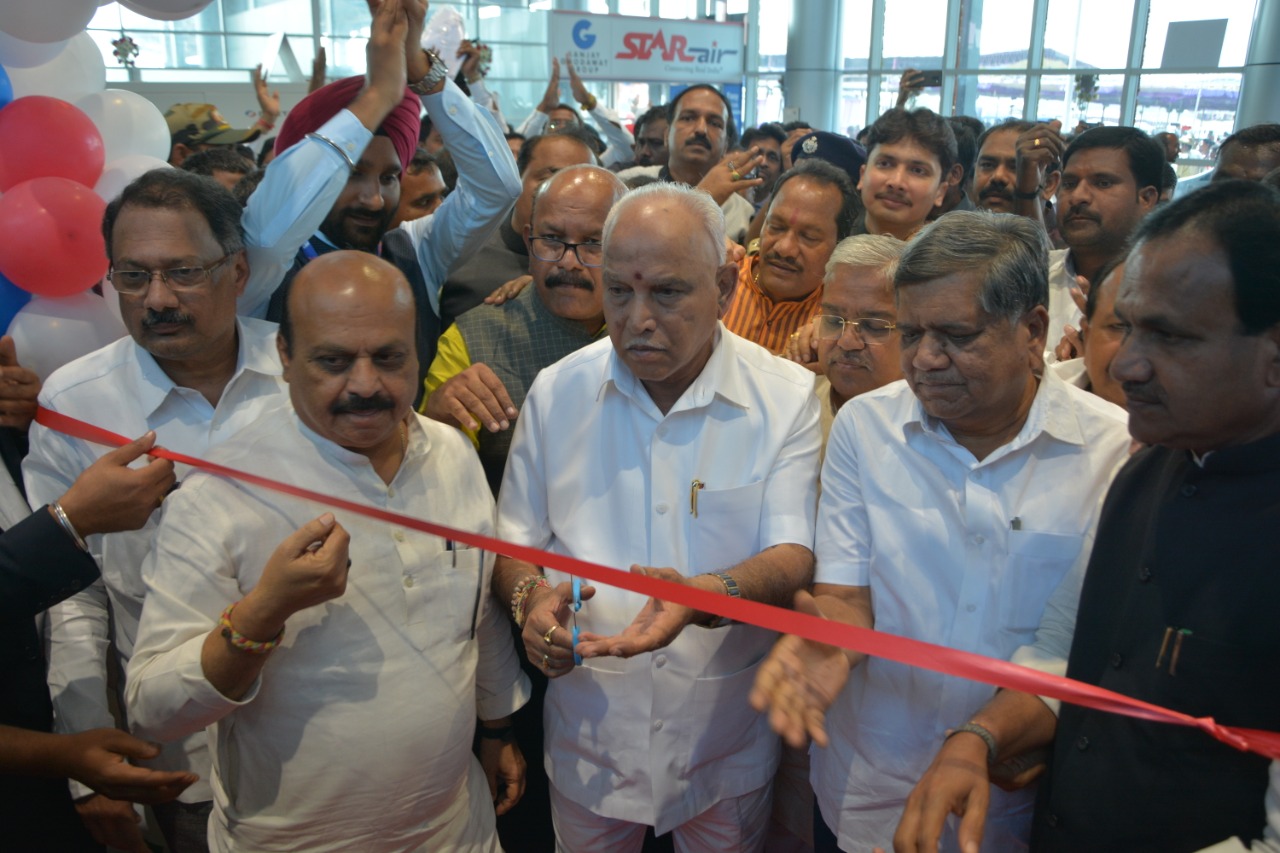 When someone’s long-awaited wish gets fulfilled, that person feels delightful. However, when one common and decades-old desire of millions of people gets fulfilled, the whole societal environment turns euphoric. The latter happened recently in the North-east region of Karnataka when this region for the first time in history connected with the rest of India with quality air travel services. Star Air by connecting Kalaburagi and Bengaluru for the first time, transformed dreams of millions into a reality.

Star Air is the first airline in India which has connected the North-eastern region of Karnataka with its capital city Bengaluru. It is also the first commercial airline in India which has started operating from the newly-built Kalaburagi airport. On 22nd November 2019, many distinguished dignitaries from all walks of life including social, political, bureaucratic and the business arena had arrived to grace this momentous event with their distinguished presence.

Since its launch, people of this region feel good and got a great sigh of relief as they can now travel to any part of India with much ease, swift, and comfort than ever before. Experts believe that this service will not only ease travel to a great extent but also spur better economic growth in the North-east region of Karnataka.

Sales window has opened on 13th November 2019. People can book its tickets from various online platform like MakeMyTrip, via.com, and riya.com that too at an impressive introductory price. Star Air provides its direct flight services between Kalaburagi and Bengaluru thrice in a week.

Kalaburagi is the largest city in the Hyderabad-Karnataka region of North Karnataka. This city is the hub of all major commercial activities happen in the North-east Karnataka region and is famous for its various tourist destinations include Sharana Basaveshwara Temple, Buddha Vihar, Khwaja Banda Nawaz Dargah, Gulbarga Fort among many other. It also has a distinguished Central University, which attracts thousands of students towards it from across the borders, every year, to obtain quality education at an affordable cost.